Take the PCB make sure it is clean and free from dirt. Remove any tags from around the edge

Insert and solder the diode into the PCB, ensure that the cathode (silver stripe) goes to the square pad on the PCB. Cut the remainder of the legs of the diode off close to the PCB after soldering.

Insert the 4 100nF capacitors and the regulator into the PCB

Note On V4 boards only, the PCB symbol is wrong please install the Regulator as shown below.

Insert and solder the LED into the PCB where shown, ensure the cathode (short leg) goes into the square pad on the PCB. Cut the remainder of the legs off close to the PCB after soldering.

Insert and solder the two push buttons into the PCB where shown.

Solder in the transistor as shown and bend over to meet the PCB. Unless you want to run the PCB from multiple sources, J2 is not used. (see the guide to usage) Then solder in the terminal strips as shown.

Apply power 12v to the supply connector, ensuring that the polarity is correct and check that between pin1 and pin 8 on the IC you have 5V. If not, or if any component gets hot, investigate the cause.

The Board is now complete.

You can wire a solenoid across the solenoid terminals

You can wire a push button across the Button Terminals 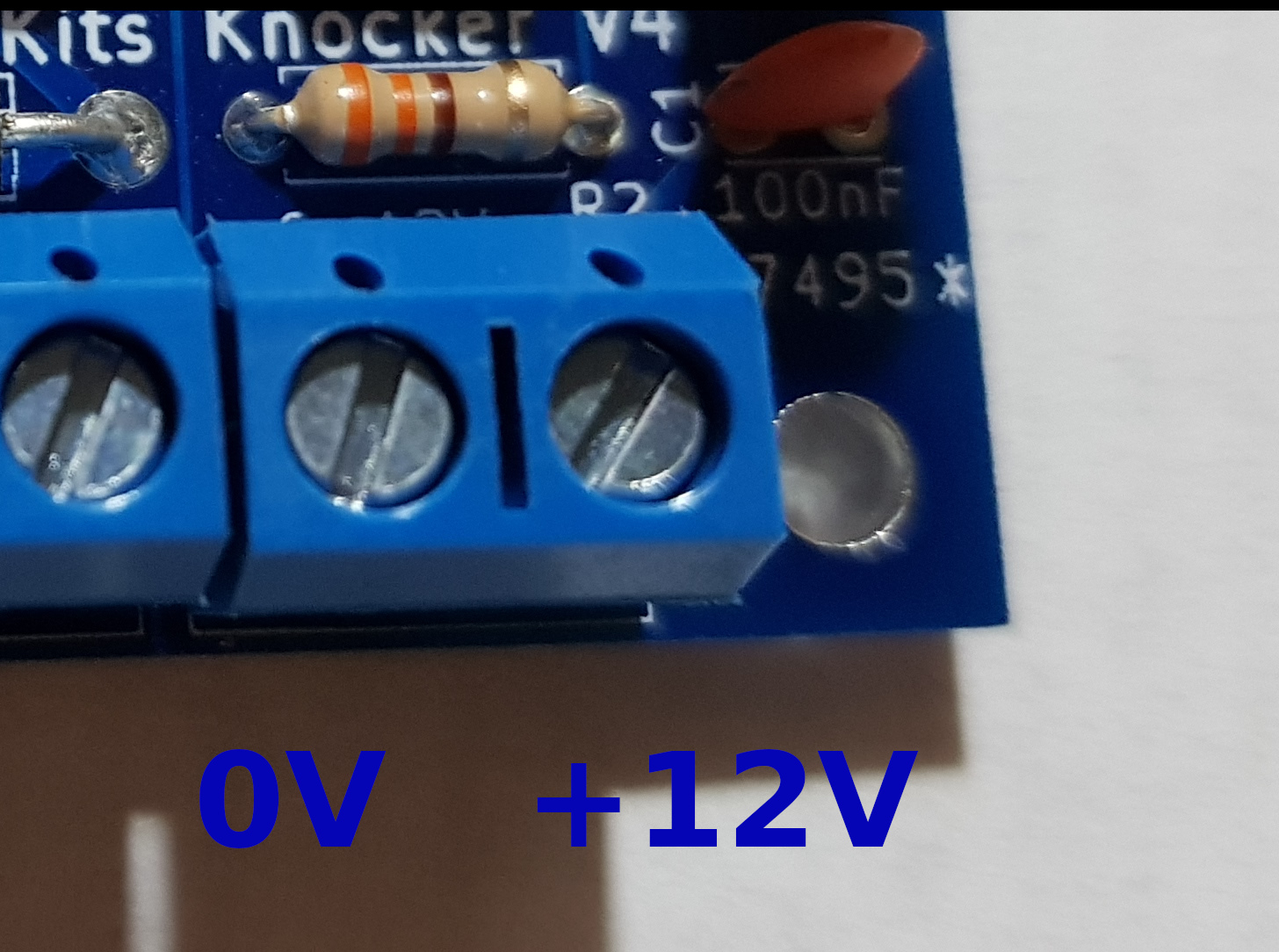