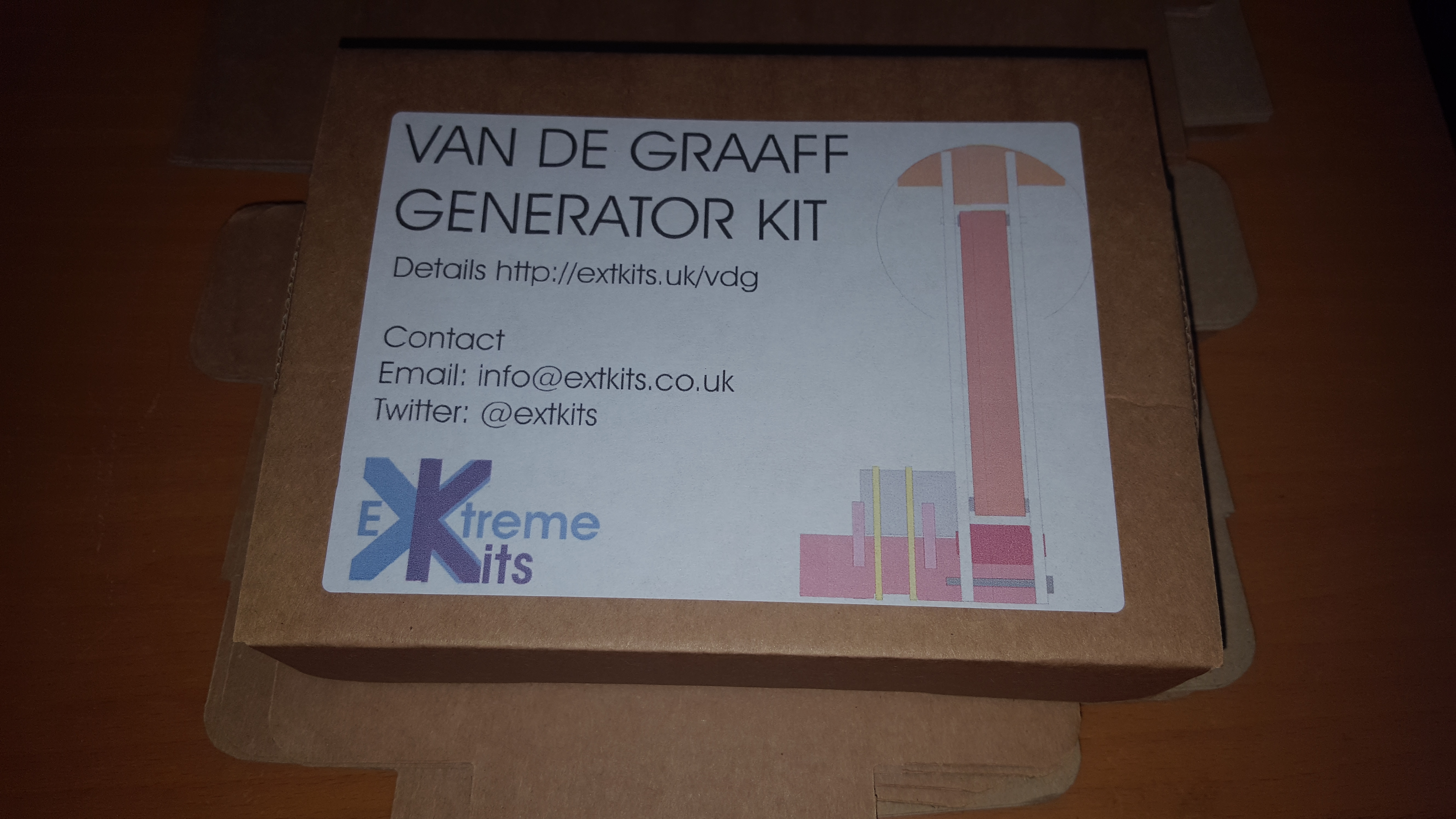 Robert Van De Graaff was born in Tuscaloosa, Alabama  on the 20th December 1901. Robert received his B.S. and master’s degrees from The University of Alabama and gained a second degree  during 1926 at Oxford University.

He was of course most famous for his Van de Graaff generator A machine capable of making high voltages.

Van de Graaff generators use a motorized insulating belt (usually made of rubber) to conduct electrical charges from a high voltage source on one end of the belt to the inside of a metal sphere on the other end. Since electrical charge resides on the outside of the sphere, it accumulates to produce an electrical potential much greater than that of the primary high voltage source. Practical limitations restrict the potential produced by large Van de Graaff generators to about 7 million volts.

Our kit van de Graff Generator only produces around 40,000V, but has all of the features of the original, it contains a rubber belt to take the charge from the bottom to top rollers and a sphere that collects the charge. This is all powered by a 12v DC motor. Although the Van De Graaff kit is capable of 40000V, due to its size it is perfectly safe for kids to build, and experiment with.